VRV IV system a great comfort for people and perishables

An award-winning farm shop and café in rural Staffordshire has taken a further step on the road to excellence with the installation of a Daikin VRV IV heat pump air conditioning system and self-cleaning Roundflow cassettes. The result is greater comfort for customers and staff – and a better environment for perishable products.

Two modular condensing units – totalling 30hp – have been installed to serve a current complement of eight cassettes, each delivering a nominal 11.2kW of cooling or 12.5kW of heating. Surplus capacity was provided in the outdoor units as additional fan coil units will be required in a building extension scheduled for completion in 2016.

Overall efficiency of the system is enhanced by the provision of PIR sensors and individual energy-featured controllers for each Roundflow cassette. The PIR presence sensor is an optional refinement, which adjusts the set point to within 1oC of standard when no one is detected in the immediate area, and automatically directs airflow away from any person to avoid draughts when they are detected

Daikin’s unique Roundflow cassette has a 360o air discharge, which ensures uniform air flow and temperature distribution. Fitted with the automatic daily filter cleaner, the Roundflow cassette achieves up to 50% energy savings as it avoids accumulations of dust that impede airflow through the unit.

In less than 10 years, Denstone Hall Farm Shop and Café, in the village of Denstone, near Uttoxeter, has grown from an idea to a major commercial success. And a focus on quality local produce – including beef from the home farm – has earned a string of awards for owners Rupert and Emma Evans.

Their awards include ‘Best Retailer’ in the Staffordshire Chamber of Commerce Business Awards, and Taste of Staffordshire’s ‘Best Tearoom’ for three successive years. They have also been named ‘Best Farm Shop’, ‘NFU Local Food Champion’ and ‘Local Food Grower of the Year’. A leading newspaper has listed the shop among the top 50 farm shops nationwide.

The shop and café began in a converted milking parlour at Denstone Hall Farm, on the banks of the River Churnet, as part of a diversification project to ensure profitability of the farming business, which has been owned by Emma’s family since 1963. At its peak, in the 1970s the farm was 428 acres and was milking more than 370 cows.

Rupert – who left a career in advertising to tackle the project – and Emma – who had previous retail experience – have steered the retail business while the farm and its beef herd have been managed by Emma’s father, David Boden.

About five years into the project, it was clear that the business was outgrowing the old dairy, so a second conversion project was undertaken, with 600m2 of the adjacent portal frame barn rebuilt to appropriate standards within the existing footprint and overall dimensions. The enlarged shop – four times bigger than its predecessor – opened in late-2013. The old shop was converted into four small retail units, let to other businesses.

Rupert Evans says: “We have another heat pump for the underfloor heating in the café, but we did not include air conditioning in our plans for the new shop and café – we did not think it would be necessary. But, during the summer of 2014, it became very clear that we had to think again.

“Customers and staff were complaining about the heat, and it was having a serious impact on our vegetables and other fresh produce. In addition, we now had a lot more refrigeration equipment – especially in the butchery and deli areas – pushing out heat. We also have large windows on the east side, overlooking the river, so there’s substantial solar gain to counteract.”

Daikin D1 installer Intercool Systems of Stafford was commissioned to install the new system. Director Mike Walsh and his team worked strictly out of hours to complete the indoor works over a fortnight. This went so smoothly, according to Rupert Evans, that only a handful of customers commented on the arrival of the Roundflow cassettes overhead.

Rupert says: “We chose the Daikin system for two main reasons: it’s economical on electricity and we liked the clean design of the cassettes – we wanted something that would blend in and not be an eyesore in the open ceiling areas.

“The system has been fantastic so far and it has certainly eliminated the problems we had.”

Mike Walsh says from an installer’s point of view the project was slightly complicated by difficulties in calculating thermal requirements.

He said: “It’s basically a large room with different cooling and heating loads in various areas. We did an overall calculation, but relied on over 20years experience on previous projects and an understanding of customer requirements and expectations of performance. This allowed Intercool Systems to determine the right set-point for each zone”.

The 30hp outdoor installation produces a nominal 83.5kW of cooling and 93.5kW of heating. Given the capacities of the existing Roundflow cassettes, the system should easily support two more in the function room proposed for the shop’s next extension – along with additional tenanted retail units which will not share the same system.

If smaller fan coils are used, the 30hp combination can connect to a maximum of 64 indoor units.

The outdoor units at Denstone Hall are VRV IV heat pumps, delivering either heating or cooling on a two pipe system. The units feature continuous heating during the defrost cycle, so there is no noticeable drop in temperature when ice is removed from the coils. 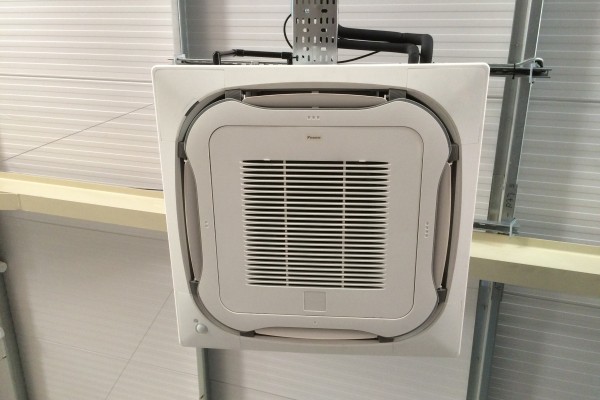 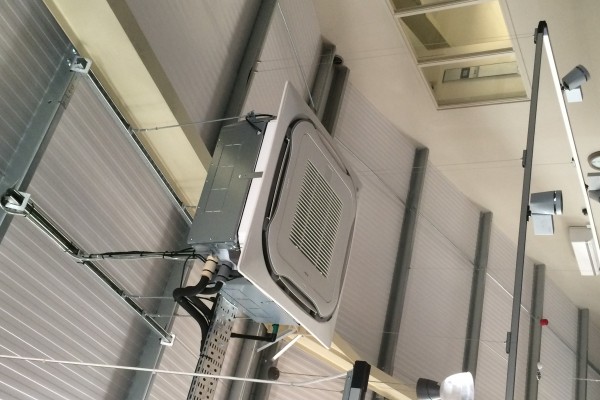 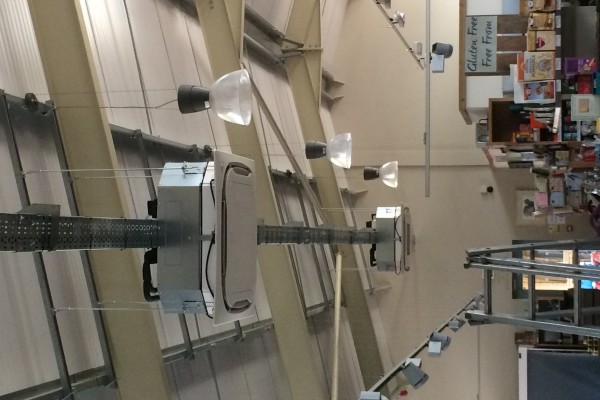 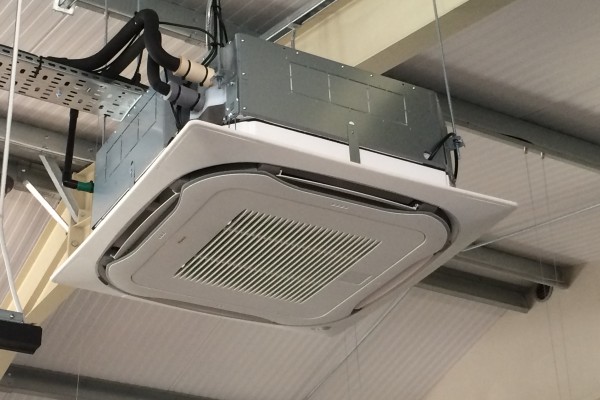